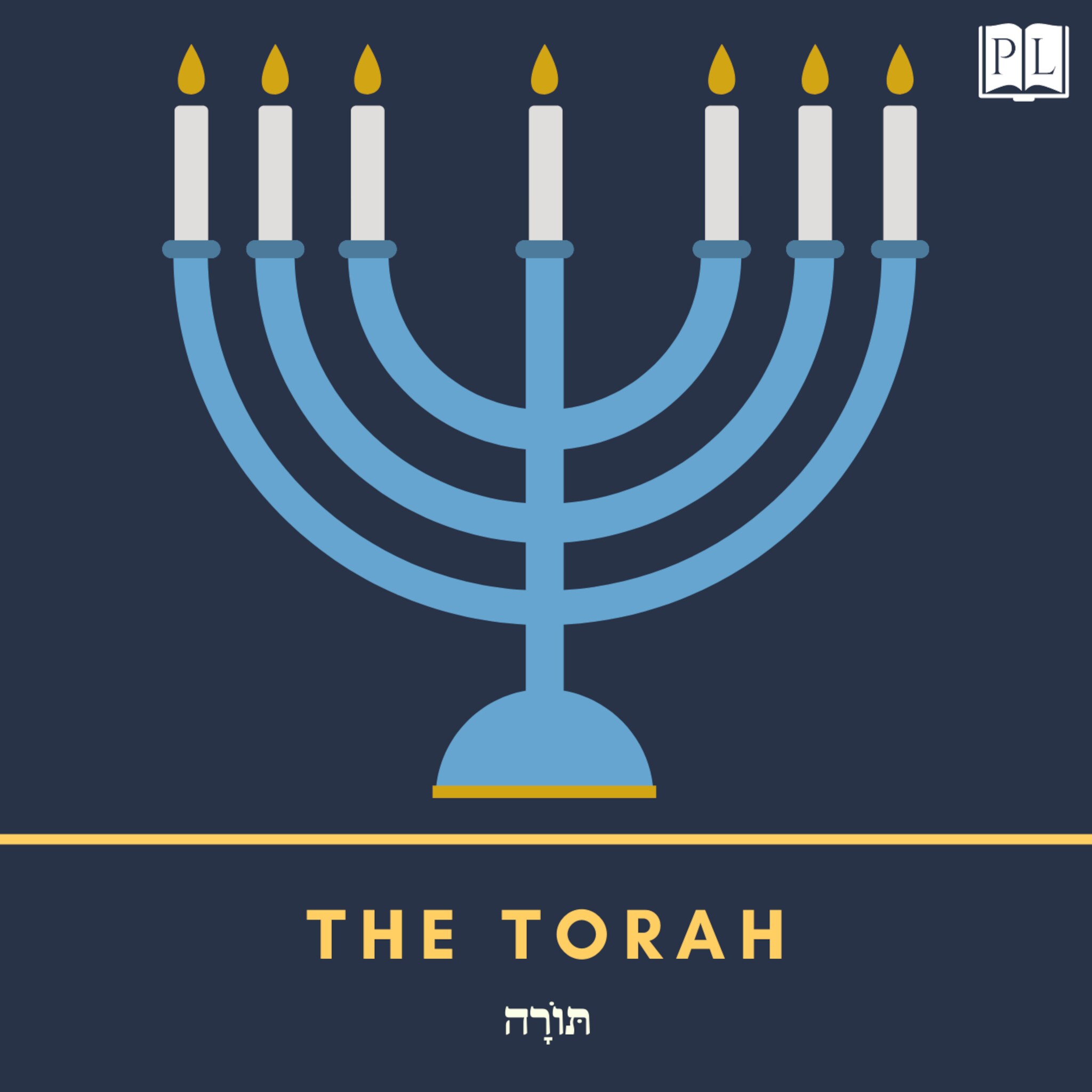 The Torah (Hebrew: תּוֹרָה‎, ”Instruction”, ”Teaching” or ”Law”) is the first part of the
Tanakh, the
Hebrew Bible. It contains the first five books (
Pentateuch or
Five Books of Moses), namely (in their commonly used names)
Genesis,
Exodus,
Leviticus,
Numbers and
Deuteronomy. This is known in the Jewish tradition as the
Written Torah.

In rabbinic literature the word
Torah denotes both the five books (Hebrew: תורה שבכתב‎, romanized:
torah shebichtav, ”Torah that is written”) and the Oral Torah (Hebrew: תורה שבעל פה‎, romanized:
torah shebe'al peh, ”Torah that is spoken”). The Oral Torah consists of interpretations and amplifications which according to rabbinic tradition have been handed down from generation to generation and are now embodied in the Talmud and Midrash. Rabbinic tradition's understanding is that all of the teachings found in the Torah (both written and oral) were given by God through the prophet Moses, some at Mount Sinai and others at the Tabernacle, and all the teachings were written down by Moses, which resulted in the Torah that exists today. According to the Midrash, the Torah was created prior to the creation of the world, and was used as the blueprint for Creation. The majority of Biblical scholars believe that the written books were a product of the Babylonian captivity (c. 6th century BCE), based on earlier written sources and oral traditions, and that it was completed with final revisions during the post-Exilic period (c. 5th century BCE).

Traditionally, the words of the Torah are written on a scroll by a scribe (
sofer) in Hebrew. A Torah portion is read publicly at least once every three days in the presence of a congregation. Reading the Torah publicly is one of the bases of Jewish communal life.